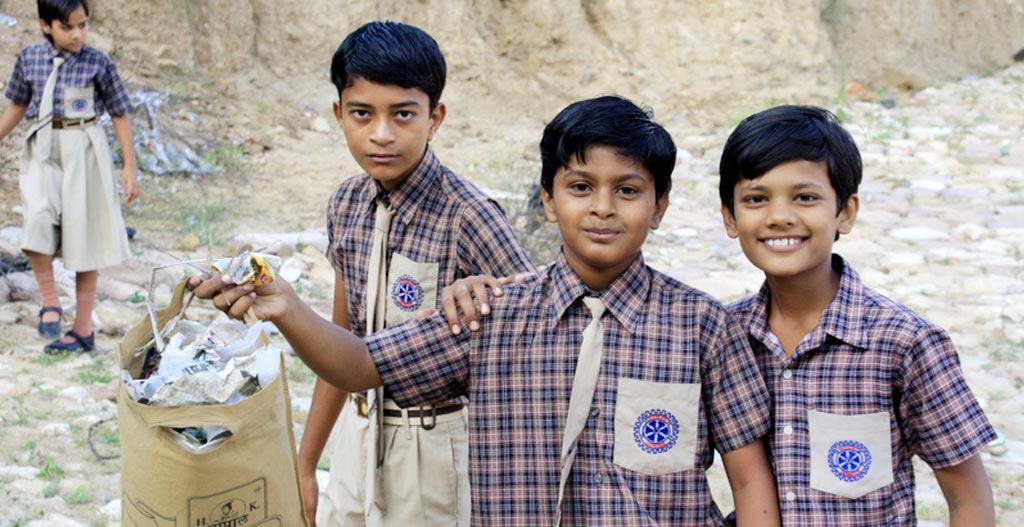 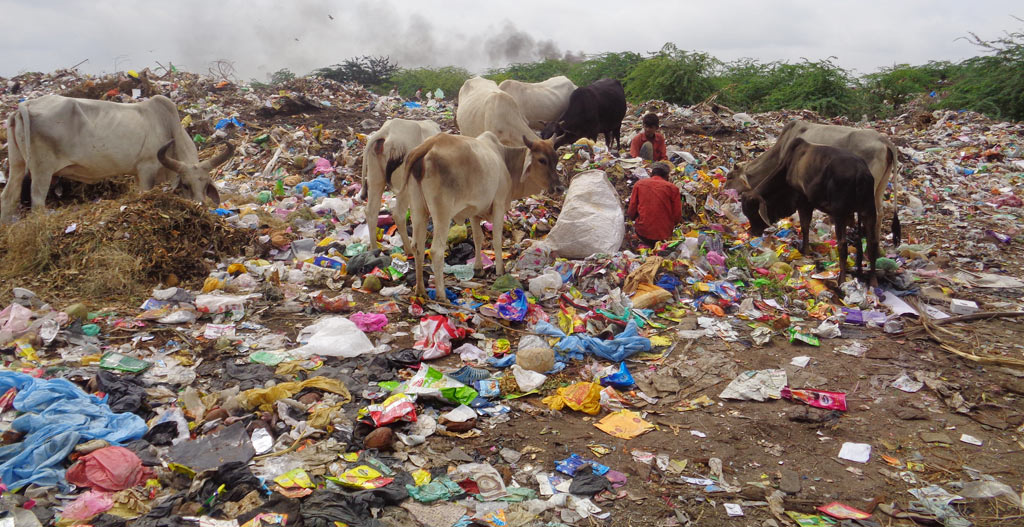 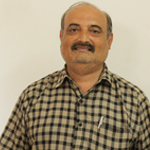 09 Updates 02 likes
I am a social worker, has been mobilizing the community and assisting Bhuj Municipality in managing waste in the city for past eight years.

Solid waste management is an important basic urban service, by and large, performed by Urban Local Bodies. The waste in Indian cities has increased drastically in the last decade. Despite various technologies available to recycle and treat waste, the municipalities are unable to satisfactorily fulfill their duties. Thus, piled up waste heaps are a common sight in Indian cities, and Bhuj is not an exception. The plight of waste management annoys me, thus, I have been trying to involve citizens and make the administration accountable to responsibly clean up our city. In the last few years, several pilots have been created, and some of the practices are still successfully running whereas some didn’t continue due to the apathy of the administration.

Door-to-door collection of garbage was piloted with Sakhi Sangini (a women’s collective in Bhuj) for more than 10,000 properties in the city.

Cattle owners were linked to collect wet waste(kitchen waste) from houses and feed it to their cattle.

Khamir, a craft organization, was linked with societies and schools to collect plastic bags and recycle them into high-quality products.

Waste pickers have been organized, and the Municipality has issued ID Cards to them.

Institutional campuses such as Lalan College and Army Campus are developed as Zero Waste Campus where all waste is collected and recycled in allocated Zero Waste Centre inside their campuses.

A detailed project report for complete waste management in the city was prepared based on our experience and submitted to the state government for approval through Bhuj Municipality.

My work is supported by Sahjeevan and Bhuj Municipality.

DETAILS OF WORKS AND EXPERIENCES

The initiatives taken so far are mentioned below:

1. Bhuj Municipality was assisted to prepare a comprehensive city level Solid Waste Management Plan to get state and central support under Swachh Bharat Mission. The Plan has been submitted for approval to the State Government with a budget of Rs. 3.5 crores to build and improve existing collection and recycling infrastructure for the city. The Municipality has recently allocated space for the first recycling centre at the Nagor dump site. Slum redevelopment sites under Rajiv Awas Yojana will also have similar waste recycling centres. Salient features of SWM Plan are:

100 percent segregation of waste at its source

Widespread use of colour coded twin bins at household level

Use of organic waste convertors to produce compost

Institutional partnership with recyclers in order to ensure re-use of collected and segregated recyclable waste materials.

2. Sakhi Sangini members were engaged in the door-to-door collection of waste for 10,000 families in the old part of the city in 2009-10 whereas entrepreneurs having loading auto-rickshaws were engaged in two other wards of Bhuj. The experience demonstrated that households were willing to pay Rs. The 30-50per month if a daily service is efficiently provided. At present, the municipality only collects Rs. 5 per family per month. Therefore, Rs. 20more is required to run the service efficiently.

3. Three technical experiments have been evolved and tested by three organizations for recycling of waste.

Khamir, a craft organization, takes 40-micron plastic bags and recycles them into high-quality products, such as handbags and mats.

Sahjeevan collected the kitchen waste from over 300 households under the ‘Blue Bin’ project and made it available to cattle owners in slums to feed their cattle. And in return, the cattle rearers supplied milk to the households.

4. The waste pickers of the city have been organized to segregate and aggregate waste to be supplied to intermediaries who supply waste for recycling to industries.

5.  Institutional campuses are provided services by linking waste pickers to operating a zero waste centre that collects and adds value to the waste within the campus. Lalan College and the Army campus are such examples. 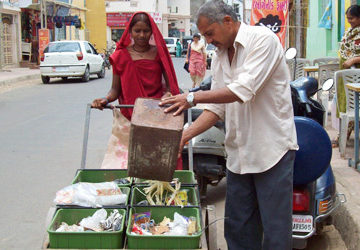 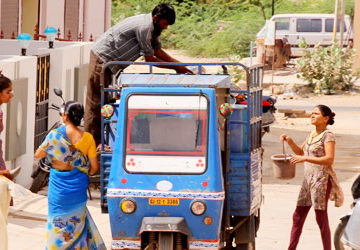 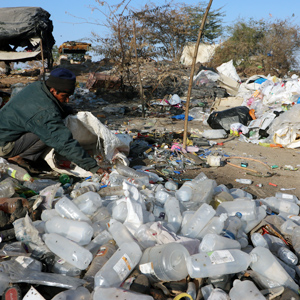 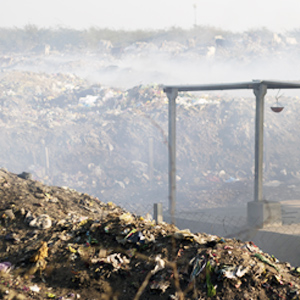 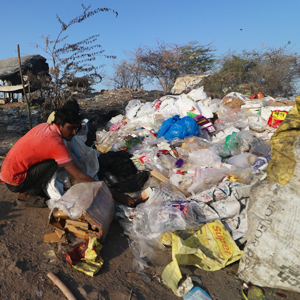