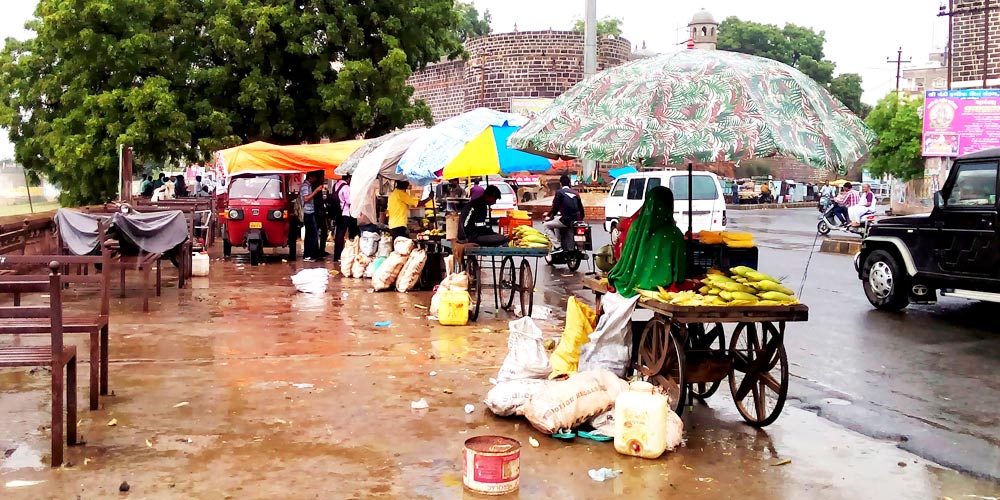 Apart from trade and commerce, streets are being used as social and cultural space since time immortal across the world. In India, streets have traditionally been the public spaces around which social life and culture revolved. They constitute the urban public realm where people congregate, celebrate, interact and exchange information, culture, and goods. Even though the streets have been corridors of Infrastructure, they have always occupied an essential space within the public life of cities in India.

Nowadays, with the growing urbanization, Indian cities struggle to reconcile the competing needs of mobility and public life in open spaces. As private motor vehicle ownership grows, in efforts to accommodate the additional vehicles, it is becoming more and more difficult to retain adequate space for the social and economic activities that traditionally have taken place in our streets. Over time, streets have transformed from social gathering spaces and market areas to conduits for an ever-increasing volume of traffic.

Exchange of Goods through Indian streets is an important source of livelihoods for urban poor. The total number of street vendors in the country is estimated around 10 million. However, street vendors are often regarded as a public nuisance due to lack of recognition of their role in the city economy. They are accused of depriving pedestrians for their space, causing traffic jams and having links with anti-social activities. The municipal authorities and elite housing societies, often supported by the media, have targeted vendors time and again. Despite of having laws and policies to protect their rights, street vendors in India are facing multiple problems including lack of social protection, poor sanitary condition and health issues, obtaining license, insecurity of earnings, insecurity of place of hawking, gratifying officers and musclemen, constant eviction threat, fines and harassment by traffic policemen, etc.

LAWS AND POLICIES FOR STREET VENDING IN INDIA

The Government of India adopted a National Policy on 20th January 2004 and later on revised in 2009which reflects a landmark change in the perception of the street vendors – moving from ‘prohibition’ to regulation. The Introduction to the National Policy on Urban Street Vendors, 2004 states: “Street vending as a profession has been in existence in India since time immemorial. However, their number has increased manifold in the recent years….The role played by the street vendors in the economy as also in the society needs to be given due credit but they are considered as unlawful entities and are subjected to continuous harassment by civic authorities.” Further, in order to protect the right to livelihood and social security to urban street vendors in the country, Government of India has enacted The Street Vendors (Protection of Livelihood and Regulation of Street Vending) Act, 2014.

As part of the implementation, GoI made provision under the umbrella scheme of National Urban Livelihood Mission (NULM). There is a provision to ‘formalize’ street vending activities in the cities. Support to Urban Street Vendors (SUSV) component of the NULM directly looks at the issues of street vendors.

The SUSV component of the NULM scheme specifies guidelines for addressing the livelihood issues of the vendors in the city through actions from the Urban Local Bodies (ULBs). The objectives of this component are as follows:

The government of Gujarat has already formulated its guidelines under the SUSV component and has directed the cities around the state to move ahead with the implementation. Agencies have already been impaneled to carry on the survey of the street vendors, and consequently, fulfill the first objective of the SUSV component.

Bhuj, one of the historic cities of Gujarat, is famous for the wide variety of handicrafts and monuments. A considerable number of street vendors dependent on edges of the roads and streets for livelihood without any safety measures. Now, they have mushroomed along almost all busy streets in order to fulfill needs of people that creates a problem in vehicular as well as pedestrian movement. Therefore, initiatives have been taken to understand various components of streets and its relation to the social and economic aspects of the city with the vision to make city streets vending and citizens friendly.

In Indian cities, streets are equally important places of social and economic exchange as places for mobility. With increasing vehicular traffic and intolerance by the elites, efforts have been made to remove vendors and pedestrians in favor of vehicles.

THE COLOURS OF THE STREET